Central Phoenix is seeing a lot of multifamily construction and single family home flipping. However, most of the open lots are now filled, so rents are likely to increase due to current and future growth.

This area is populated by many professionals, both young and established. The Central area is known for the number of law firms and journalists it has in its skyscrapers. At the same time, it has a healthy number of jobs focused on culture as well. It’s quite the eclectic mix.

This area should see growth for years to come due to Generations X and Y. Young people do not share the dream of one day having a home in the suburbs with a white picket fence. Instead, they want convenience, density, lifestyle, and good technology.

For jobs and density, this area is surrounded by skyscrapers and quality employers, making walking to work or using the light rail Phoenix “Metro” a real option. In fact, aside from downtown this is the only place where light rail can be a real day-to-day alternative.

For convenience this area boasts some of the most unique and, in my opinion, some of the best restaurants Phoenix has to offer, and all without putting too big of a hole in your wallet. Cooking really is optional in this area.

For Lifestyle this place is truly unique. This area is not quite as flashy as Old Town Scottsdale, but it more than makes up for it with a real sense of culture. There are multiple museums, opera houses, live theaters, and it has some of THE best coffee shops you may ever come across. Local art and performances can be found everywhere. It also has an incredible park just north of Indian School. This really is a great option for young people who are less attracted to the club atmosphere of Old Town Scottsdale preferring a more city vibe, yet are still within easy reach of Old Town.

For Technology, there is talk of installing a new ethernet system that is much faster. Currently, Phoenix does not have the newest systems. These systems are only found in the biggest cities right now, but it appears Central/Downtown Phoenix may get one soon.

What Will Likely Happen Next:

As this area increases in demand we expect to see increases in rent and home prices due to the lack of land for future development. These increases will accelerate further when the market has absorbed some of the mid-level apartment construction currently taking place and when more of the fixer homes have been flipped.

For the next wave of development, we will likely see improvements made in the older high rise condo and apartment buildings that are sprinkled along Central Avenue as new construction will become rather difficult due to the lack of raw land. This will be a gradual process and will likely be done through Real Estate Investment Trusts (REITS). They will take their time due to new loan regulations that have been created in an effort to lower the ratio of investor ownership to primary owners in a condo property, a measure that is likely to improve stability and value for Central Phoenix investors and primary homeowners.

Central Phoenix will also expand its reach off the area’s main street of Central Avenue, making most of 7th Street and parts of 7th Avenue great locations for potential appreciation. It would not be surprising to see even more restaurants, high occupancy commercial buildings, and more of Central’s funky venues popping up over the years. 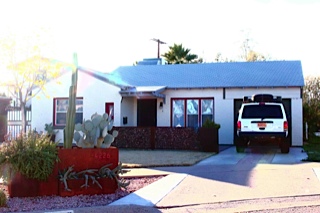 See listings and More Information on Multifamily in Central 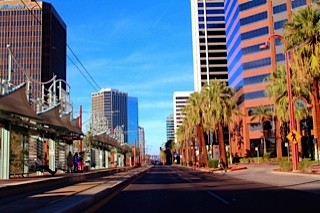