Downtown has the usual financial districts, sports arenas, and mass transportation.  What makes it different is the surprising amount of culture and Arizona State University (ASU).

ASU might literally be a third of the entire downtown area and it’s only getting bigger…much bigger.  Currently, media and medical programs are the focus, but the new Sandra Day O’Connor College of Law is under construction.  And it’s big.  Most of the students live next to campus, which is in the heart of the city.  One might think the existence of so many college students are what’s pumping a lot of the activities and perhaps some of the culture, but it’s less than one might think.  In fact, downtown ASU culture is nothing like the Tempe ASU campus.  Most of the student body is actually rather quiet, and when they want to get loud, they generally go to Tempe.  Downtown’s culture seems to originate from people living in the area on a permanent basis and from those visiting from other areas around Phoenix and beyond.

Downtown Phoenix is seeing some real improvements.  It really is being revitalized.  With the new light rail system and a general return to urban entertainment, this place is where it’s at!

It’s a wide array.  There’s, of course, the professionals in the very nice apartments, but there’s also a lot of artists.  And, of course, there’s thousands of students.

What Will Likely Happen Next?

Most of the activity will likely happen on the outskirts of Downtown.  We will see infills with cool condo/town homes that will likely be modern and/or have an almost Houston-style architecture.  I also foresee this area to become more lively than it already is.  Even a few years ago, you could walk around the city on a Sunday and see literally no one.  That is changing with new bars and a unique art and music scene. 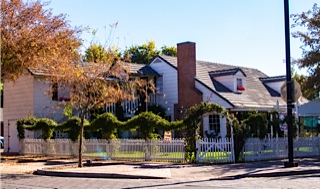 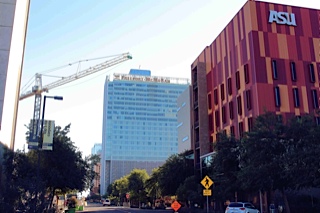